To deliver a construction project on time and on budget, you need to keep a very close eye on costs throughout its life cycle. RedSky Consultant Steve Bell talks about the benefits of digitising the cost value reconciliation (CVR) process. 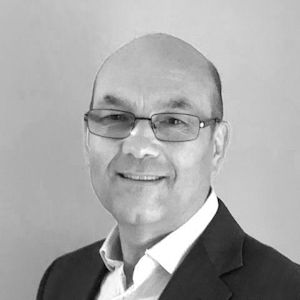 A Cost Value Reconciliation (CVR) provides an essential snapshot of a project at a given point in time. It gives a reliable indication of whether the contract is proceeding according to plan and making a profit… or veering off track and starting to incur losses.

Over the years I’ve talked about CVR with commercial managers and quantity surveyors (QSs) from many construction organisations. It’s an important topic because key commercial decisions are based on regular CVR calculations throughout the project life cycle.

The information incorporated in the calculation needs to be consistent and controllable. It ranges from operative and staff costs to plant hire, accruals, contract variations, risk management and much, much more.

Although every company approaches CVR management in its own way, for many organisations it’s a monthly undertaking that involves extracting data from various sources and populating Excel spreadsheets.

There are many drawbacks to this manual approach:

Many contractors use CVR construction software to monitor and measure the profitability of their projects. The valuations are often used by the management team to negotiate interim and final accounts figures. That’s why it’s vital that CVRs always incorporate the latest, accurate figures and include all the various costs and risks associated with the project. 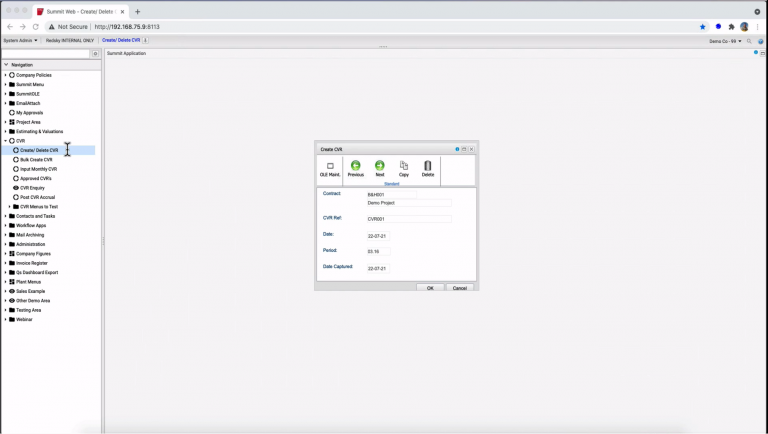 To take the legwork out of the monthly CVR process, you really need to digitise it as part of a centralised construction management and accounting software solution.

In my day-to-day work, I regularly encounter companies where the monthly CVR ‘snapshot’ calculations are done manually and largely based on assumptions. Recently I supported a company where each month the Managing Director was having to consolidate three sets of figures that simply didn’t marry up. The figures came from three different sources and he had no way of knowing which source was the most reliable.

The root cause of the chaos was the internal processes. Purchase orders weren’t being goods receipted quickly enough, so the only true costs that were available for the Commercial team to work with were paper timesheets. The team members would then use their years of experience and knowledge to estimate what they believed the costs to be.

This was a very time-consuming affair. And there were multiple anomalies that meant figures were constantly having to be manually shifted from one cost code to another. As a result, the Accounts team was forever chasing its tail. Meanwhile, the invoice processing backlog continued to grow.

Then the company decided to grab the bull by the horns. It implemented bold new procedures to get things onto a more secure footing, including new processes to ensure that POs and Goods Received Notes (GRNs) are all entered onto the system in a timely way.

All the company’s CVR data is now sourced from within the existing enterprise resource planning system and the end-of-month CVR reconciliation and report are completed at the touch of a button.

Automating the CVR process has had a massive impact on the company. There is no longer the need for staff members to spend hours poring over Excel files, moving costs around and manipulating the figures outside of the system. All the information – and the final CVR snapshot figures – now comes from within the system, backed up by an audit trail.

The automation has freed up two full-time staff members whose role centred on producing the CVR reports: one has been redeployed to the Accounts team, while the other now devotes his time to analysing costs and looking for new business efficiencies.

The company has reaped additional time-saving benefits from transforming in-house processes to facilitate the automated CVR calculations. These include removing the need to enter up to 300 hire transactions on the system each week and spending around four days a month apportioning payroll costs to the right jobs. 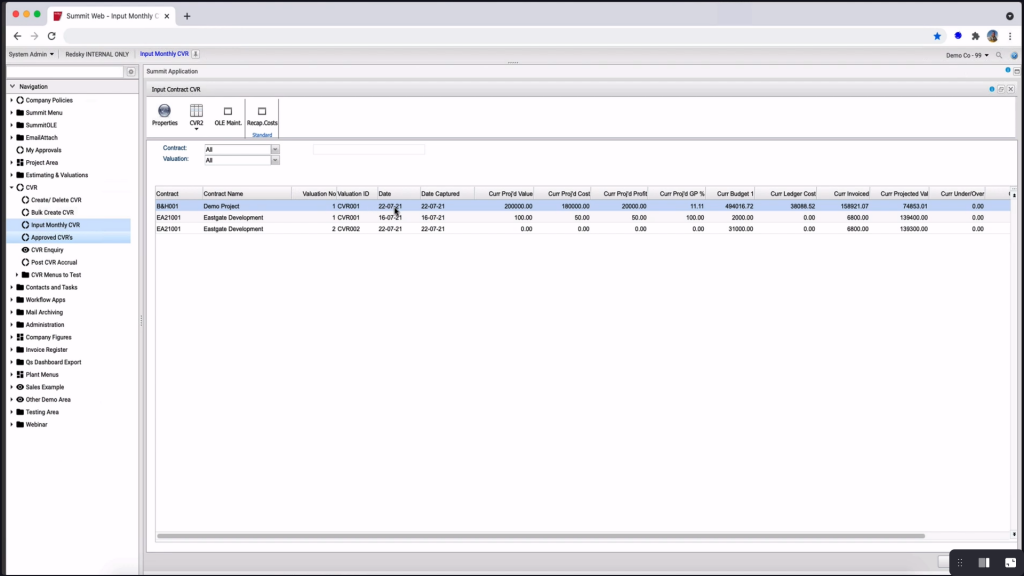 THE BENEFITS OF DIGITISING THE CONSTRUCTION CVR PROCESS

As demonstrated in the example above, there are many benefits to digitising the construction CVR process. These include:

Armed with accurate CVR project management information, commercial managers and QSs can implement remedial measures if necessary, to keep projects on track and protect the cash in the organisation.

Choose a system that has CVR software functionality already built in. Make sure that it’s highly configurable, so that it can be tailored to match the way your company operates, including your existing CVR processes, methodologies and reporting requirements.

Once you have carefully configured your CVR software process you should be able to run a report for a given valuation date or period with ease. The system will automatically do a cost cut-off and capture all the cost, sales and budget information that has been defined in the CVR up to that point. Ideally, you should also be able to configure the system to give you information about other key areas – like cost to complete or profitability – as a value and as a percentage.

Make sure it’s straightforward to adjust the CVR figures that have been calculated on the system. For example, although there may be £3,000 showing in labour costs, one of your QSs may be aware of another cost that should have been entered on the system. A commercial manager or QS with the appropriate authority level should be able to make the required change and add a note alongside it on the system, explaining why the adjustment was needed.

You should also be able to configure the system to post CVR accruals back to the Contract Ledger and General Ledger. This will enable these numbers to be included in your general contract and financial reporting. 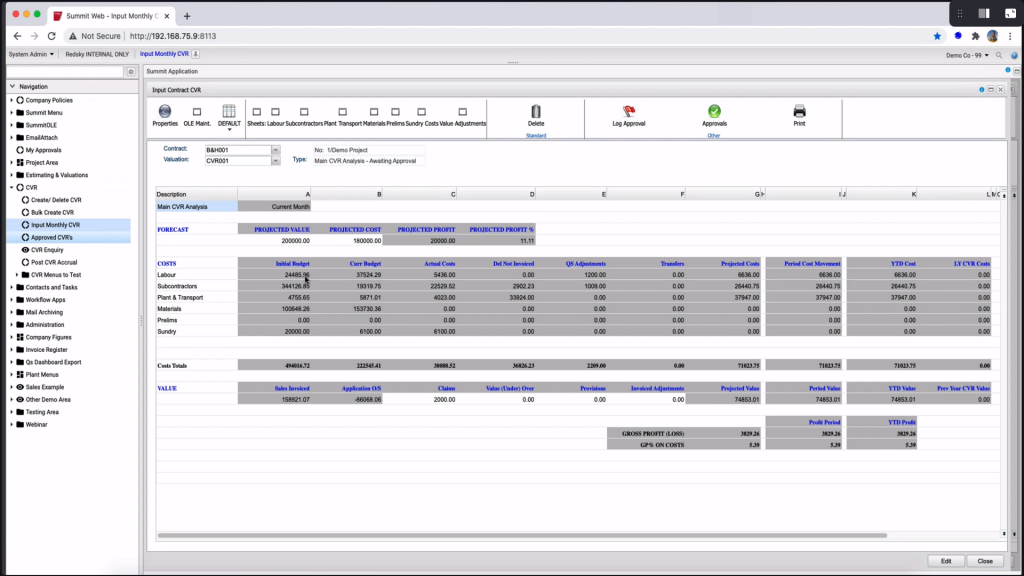 Commercial managers and QSs play an essential role in maximising the profitability of their construction projects. They do this by making sure their jobs remain on track, with work being completed on time and within budget. To monitor and forecast financial performance effectively, they need fast access to accurate CVR calculations.

In my opinion, the only way to maximise accuracy is to digitise the CVR process as part of a centralised construction project management system.

Steve Bell has been applying his IT expertise within the construction industry for more than two decades. He joined RedSky as a consultant in 1998 and has an impressive track record for managing implementations throughout the UK and Ireland, the Middle East, Africa and the Caribbean. Steve has been a member of the Chartered Institute of Building since 2018.