The Austin Company of UK Ltd needed a time-saving solution for its Finance team. Redsky’s Finance Software liberated the team from a labour-intensive approach, providing the company with thousands of pounds in savings and freeing the Finance team to focus on value-building projects.

Read the case study to learn more about how RedSky’s construction financial software streamlined The Austin Company’s operations and helped the business thrive.

Austin had been using RedSky’s AXiM software for some time when Financial Controller Barrie Pond recognised that it was time to migrate to Summit: “There are just two of us in the Finance team and we were spending far too long doing manual tasks.”

All 45 employees were completing an Excel-based weekly timesheet. The Finance team then had to rekey all the details, to log them into the costed payroll system. Barrie said: “Including queries, it took us up to a day to complete, four times a month. And we were forever chasing up missing timesheets. Printing monthly payslips and putting them in labelled envelopes to post out used to take a further two hours.”

Barrie also wanted to make sure that Austin was capturing details of any hours spent working on changes that were beyond the scope of the client’s original project brief.

The Finance team’s familiarity with AXiM meant that it needed only a few days’ training on Summit. The system went live at the end of May 2017 and included web-based timesheets and encrypted electronic payslips. 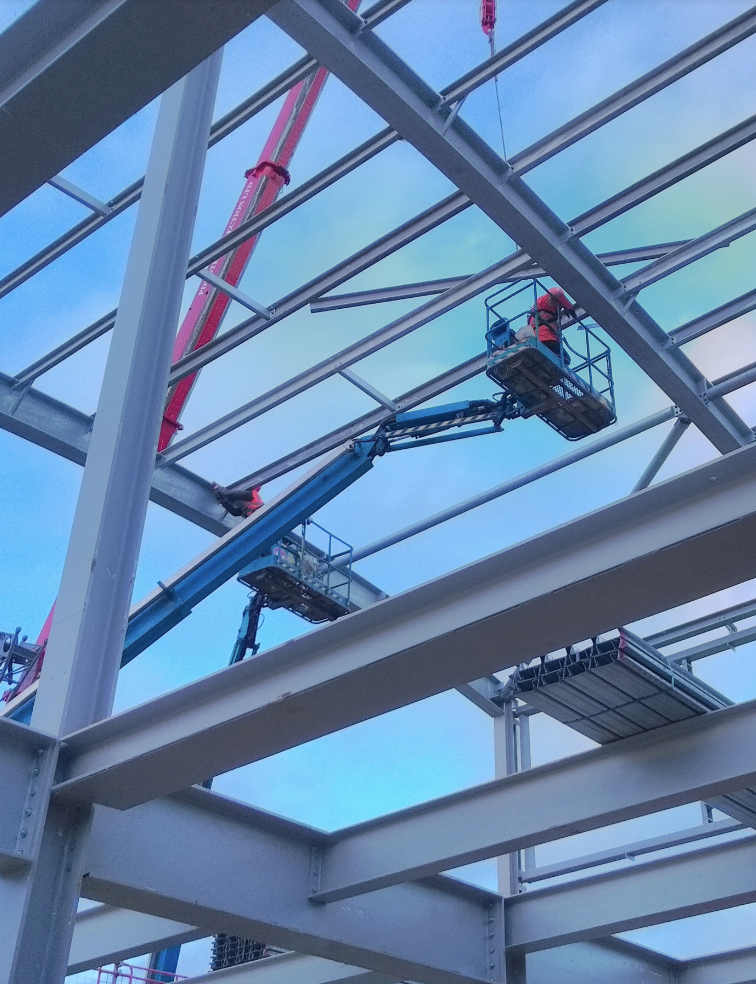 RedSky’s engineers ensured that the software was transferred seamlessly from the server in the office to a hosted data centre, which now communicates with the system via the cloud. Barrie said: “Summit is fully managed and maintained by RedSky, including all software updates and data back-ups. I no longer have to worry about any of that.”

The Finance team is now liberated from its former labour-intensive approach to timesheets and payslips, which was costing the business around £30,000 a year. In fact, Summit will have paid for itself during Year 2 – and over the first five years, the team expects to achieve a return on investment of more than £92,000.

Finalising the weekly timesheets is now a much quicker process. Weekly email alerts remind employees to complete their timesheets, so there’s no need for Barrie to waste timing chasing them up.

“People are making fewer timesheet errors,” said Barrie, “because instead of keying in a project number, code or step, they now select the details from a dropdown menu. And a securely encrypted payslip is sent automatically to each employee’s private email address every month.”

“Summit is fully managed and maintained by RedSky, including all software updates and data back-ups. I no longer have to worry about any of that.” – Barrie Pond, Financial Controller

The business now has a much clearer picture of costs and how individual jobs are going. “Running a timesheet report on a particular project is very useful to us when we’re billing out to clients, especially on reimbursable jobs,” said Barrie.

“We send the report to the surveyors so they can update the valuation they give to the client; and we send it to managers so they can see how many people have booked time on the job that month, and what they’ve been doing. Additional work resulting from client changes is now captured using a change code on the Summit system, so jobs are no longer being undervalued.”

At present, only the Finance team can access timesheet reporting, but Barrie plans to open it up to other users. “We’re also going to set up automated expenses,” he said, “along the same lines as the timesheets. And we’ll be implementing the Business Analytics module, which will give us an intelligent reporting tool in a dashboard format.”

RedSky software enables construction companies to achieve and maintain a competitive advantage. We make real-time actions visible, enabling you to control change, eliminate risk and achieve ongoing incremental gains from improved operational efficiency. Across all types of construction and contracting projects our software is scalable, modular and proven to improve performance and productivity.