The John F Hunt Group has been using RedSky’s award-winning information management software since May 2017. At our January networking event Financial Director Ian Saville talked at length about how multiple departments within the group are now benefiting from RedSky’s system.

Read this extended case study to learn about how RedSky is enabling John F Hunt to:

Step by step, John F Hunt is expanding its use of RedSky’s construction management and accounting software by taking on more and more functionality.

Finance Director Ian Saville joined John F Hunt in November 2016. He said: “I told my directors that the only way I could start making efficiencies was by enabling other people to access the data within the system. And in order to do that, I knew we needed to migrate to Summit.

“For me, it was about trying to sell Construction ERP Summit and its benefits to a wider audience within the organisation. I wanted to open things up to the Commercial side of the business and encourage them to take more of an interest in the system.”

To convince his colleagues, Ian focused on the functionality in the core system. “I had to demonstrate that Construction ERP Summit is more than just an accounting system, to make the Commercial team and the QSs understand the power that the system could give them.”

As an initial step, Ian looked into the use of Excel systems across the company. As expected, he found that dozens of people were holding data – primarily on contracts and subcontractors but also on customers and suppliers – which they were updating offline in their own systems. Armed with this research, it was easy for Ian to show colleagues that putting everything into a single system would be far more efficient.

The security maintenance function within Construction ERP Summit was also a big selling point. Ian said: “With Summit you can restrict users from accessing certain fields and set up drop-down lists, for example. This helps to make sure the data you’re collecting is of a better quality. So when you’re churning out reports, you know they are accurate – which in turn helps you to gain buy-in from people across the company.”

“When it comes to giving you the flexibility at field level to maintain security on the system, I don’t think there’s anyone else out there in the marketplace who can top RedSky” – Ian Saville, Finance Director

Ian also found that looking at the specific savings that could be made by changing current procedures to the new system was very persuasive. For example, emailing rather than posting remittance advices and payslips achieved more than £10,000 annual savings. Similarly, the Summit Forms module saved £20,000 a year in fuel costs alone. These economies provided a convincing reason to migrate.

He enlisted the support of the RedSky team to demonstrate the Summit Forms module to a divisional director. “It certainly did the trick,” said Ian. “He basically signed off the order on the back of that demonstration.” 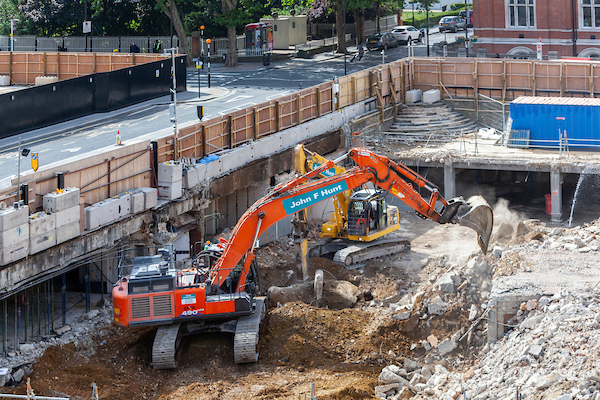 “We went live with Summit in May 2017,” said Ian, “and it really has boosted the efficiency of our operations.”

Electronic timesheets are a great example. Whereas previously job sheets had to be collated and their details entered on several spreadsheets, now each operative submits their own electronic timesheet online using the Forms module. Ian said: “It’s so much easier, faster and cheaper – and all these benefits can be very compelling as part of a business case for investment in IT.”

Looking ahead, Ian wants to digitise more of the existing forms, for things like health and safety, and quality control. He said: “Variations will also be a very good form for us to develop – eventually, we’ll be able to get clients to sign off on variations immediately, using the Forms module.”

RedSky software enables construction companies to achieve and maintain competitive advantage. We make real-time actions visible, enabling you to control change, eliminate risk and achieve ongoing incremental gains from improved operational efficiency. Across all types of construction and contracting projects our software is scalable, modular and proven to improve performance and productivity.